Can you sell your NHS contract?

When it comes to selling an NHS dental contract there are a number of important considerations that must be taken into account. First and foremost is whether the contract is a Personal Dental Services (PDS) agreement or a General Dental Services (GDS) contract.

PDS contracts are infamously difficult to sell, particularly if they are for an orthodontic practice. Their transfer is almost entirely dependent on the LAT’s cooperation, which is as difficult to predict now as it has been since the invention of the PCT!. However, if a dentist has a PDS contract that is designated for general dental services, they can easily convert this to a GDS contract. The LAT will need three months’ notice, but otherwise the process is very straightforward – and the LAT itself is not permitted to refuse. The right to convert from PDS to GDS – again, as long as the PDS contract is designated for general dental services – is absolute and the regulations stipulate that the contractor is entitled to the same number of  UDAs. The sting in the tale is that following a decision of the NHS Litigation Authority, the LAT does have the power to reduce the UDA value and in particular, if your UDA rate is above the average (usually somewhere between £24.00 per UDA and £25.00 per UDA) then you should expect your rate to be reduced to this average with the consequential advisers impact on income.

Whilst sales of NHS practices with GDS contracts has taken place for the most part without difficulty since 2006,  transferring a GDS contract is not  perhaps as one might expect, a simple process. In truth, the sale or disposition of a GDS Contract is specifically prohibited in the GDS regulations and in the provisions of the actual contracts themselves  – which technically makes it impossible to sell an NHS contract in a conventional sense.

Fortunately, however, there are a number of provisions that make selling, or rather transferring, this type of contract possible. These provisions enable a principal dentist (or dentists) to introduce a new partner or partners into the practice. Again, the LAT must be notified – and they require a minimum of 28 days’ notice – but as long as the proposed partner is registered with the GDC, the LAT cannot  refuse the request, although it would be fair to say that LATs are becoming more and more fond of introducing their own requirements before agreeing to issue a contract variation notice.

Once the new partner has then been added to the contract, the original partner – the seller – can retire, relinquishing their ownership over the contract and its goodwill. This will typically happen a couple of months after the sale of the practice has been completed.  This method has been come to be  known as “the Partnership Route” and has been successfully utilised to transfer ownership of NHS dental contracts for the last ten years.

Typically, the LAT will require some documentation before they consent to any new partnerships and it is this that can cause delays and added complications. For example, they will likely request a copy of the partnership agreement – so ensuring that one has been set out by a dentally experienced  solicitor is imperative so that the correct form of partnership agreement is used. They will also ask for evidence that the CQC has agreed to register the new partnership with effect from the completion date, which means that the original principal dentist will have to go through the process of deregistering themselves and then both parties have to register the new partnership. After the sale has been completed and the original principal retires, the partnership will then need to be deregistered and the buyer registered. All in all, this can be a considerable amount of hassle, but this will be necessary to successfully transfer the NHS contract from seller to buyer..

The Partnership Route is only applicable for unincorporated practices and if a practice has incorporated, then when a principal wishes to sell they are obliged to take a slightly different approach. That being said, there does not seem to be anything to say that a dentist cannot enter into partnership with a limited company, though no one has attempted to do so thus far.

The way that most incorporated practices are sold, therefore, is through the sale of the shares of the limited company . The principal, in their capacity as shareholder, must sell their shares to the prospective buyer, thus giving them ownership over the company / practice assets. This will not change the legal status of the practice as contractor to the LAT, but will allow different principals to effectively transfer ownership of a practice.

With the majority of incorporated practices, a change of control clause will have been inserted into the NHS Contract by the LAT when application to incorporate was given by the LAT. This allows the LAT to retain control over who is the contractor  – and means that if a certain percentage of shares are transferred, the LAT will need to be informed and their permission obtained. It is advisable to pay close attention to the wording of these clauses however, since they are known to vary wildly – and even include stipulations that make it harder to transfer shares. Nevertheless, the consent to transfer should never be unreasonably refused and it is quite rare for this to happen.

Of course however, there is still a chance of problems occurring, which is why it is always best to remain on good terms with your LAT. By establishing a good relationship with the team, you will be less likely to encounter any problems when it comes to transferring your contract.

It is also imperative to employ the skills of an experienced dental solicitor, such as those at Goodman Grant, who understand the many different intricacies of buying and selling an NHS contract. 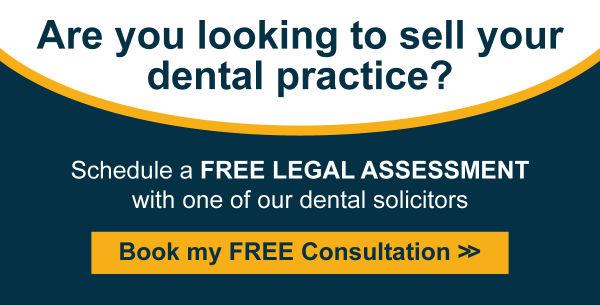