Please confirm that you understand your obligations under TUPE

This is the question posed by NHS England when tendering for a new PDS Orthodontic contract – which is amusing only to the extent that from what we have seen thus far in communications with LATs is something that many LATs do not.

The Transfer of Business Protection of Employment Regulations (commonly referred to as TUPE), insofar as they relate to a change of service provider (which are the relevant regulations for the purposes of NHS tendering) are among the most complex, in their application to specific situations as most employment lawyers will have to deal with.

When superimposed upon the specifics of the tendering of NHS contracts, analysing and determining whether TUPE will apply to the termination or award of any particular contract becomes even  more difficult and will require an in depth analysis of the facts relating to the award of any particular contract by those with the relevant experience and expertise.

We are currently instructed by a number of clients who have been fortunate enough to have won their tenders and have been reviewing the facts and corresponding with existing contractors in order to ascertain whether it is likely or not, that TUPE applies. We have then been advising, in those cases where it appears likely that TUPE applies, of the steps to be taken – in particular with regard to the obligations to inform and consult staff, with both our clients and existing contractors.

In the course of this work, on a number of occasions we have come across situations:

Such positions or arguments are entirely misconceived.

It is simply not lawfully possible for one party, or for that matter both existing and new contractors , to declare or agree that TUPE will not apply.

The question of whether or not TUPE applies is a legal question based on an analysis of the facts – it is not possible for parties to unilaterally decide otherwise.

The reason this issue is potentially important – for both parties, is due to the fact that should an employee decide to take proceedings in an Employment Tribunal, either because the parties failed to comply with their obligations to inform and consult with staff prior to the commencement of the new contract, or because they feel that their employment should have transferred to the new contractor, and win, then the liability to pay compensation is joint and several – in other words a tribunal has the power to order the existing contractor, or the new contractor, or both, to pay compensation.

When one considers that the compensation to which an employee is entitled, purely for a failure to inform and consult , is 13 weeks salary, not to mention the legal fees that would be incurred in defending such proceedings then one can see that to get this wrong could be extremely expensive for all concerned.

We appreciate that for an existing contractor to decide that they wish to keep their staff and therefore to decide that TUPE will not apply has its attractions – quite possibly for both parties.

However such a decision is fundamentally flawed – and could end up costing tens of thousands of pounds.

As stated, this is an incredibly complex area – and in the same way as we would not attempt a root canal on a patient, contractors should avoid deciding for themselves, or indeed trying to determine by themselves that TUPE will not apply – they may be right, but if they are wrong the consequences could be extremely expensive indeed. 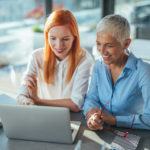